This course had students explore non-traditional games and interfaces beyond the status-quo such as controlling a game using facial expressions, or creating electrical circuits by touching other players.

This trailer showcases all of the final projects from this class.

For this project, I worked independently for 3 weeks and had no prior knowledge of the Processing programming language.

Typically, multiplayer games tend to use technology for either online remote gameplay, or shared single-screen gameplay. I wanted to explore ways that technology could facilitate communication, interaction, and playfulness both in the game, and outside of the game.

I wanted to make a game that would combine the independent control of online multiplayer games with the physical interactions between players in the same room.

I was incredibly inspired by Spaceteam, a game where players link phones together and scream out commands visible on their screen but only others can execute. It was both fun and ridiculous to see players take digital commands from their phone and yell them at other players next to them. 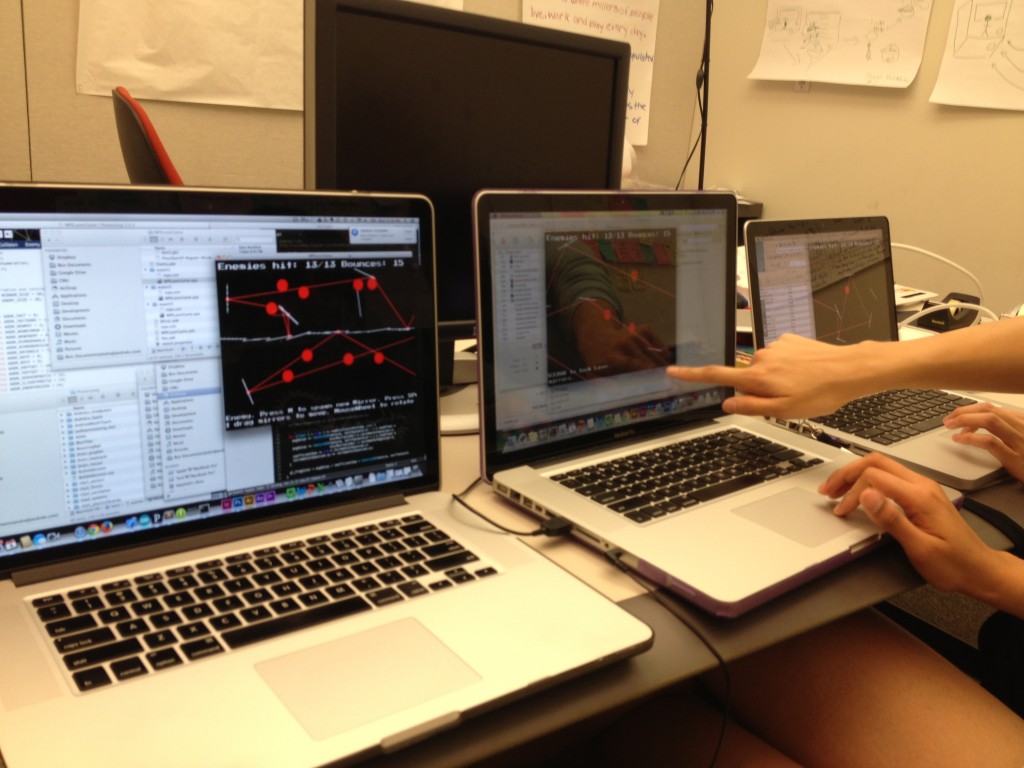 Back to high school geometry: Calculating each ray's angle of incidence 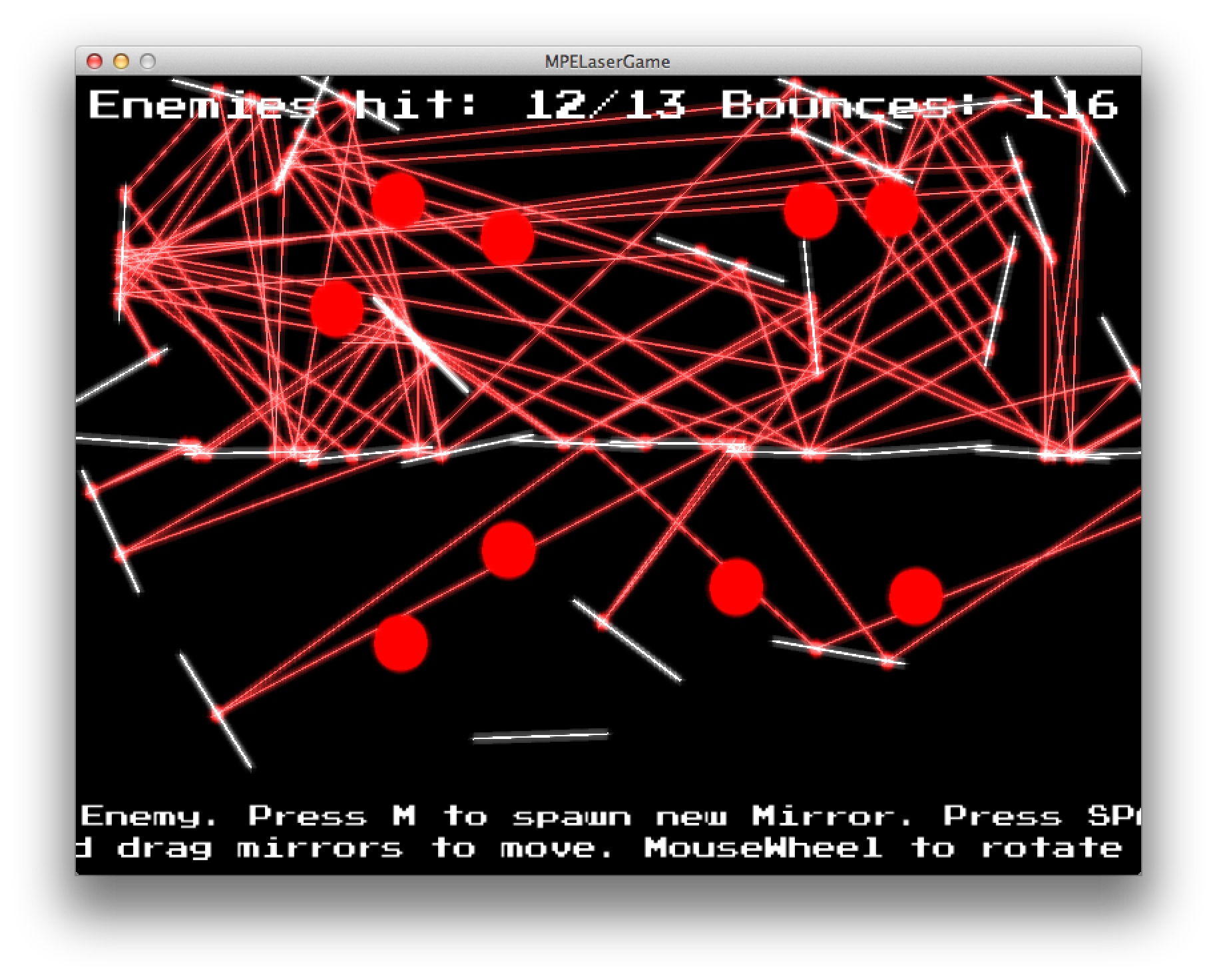 The objective of Mirror Mirror is simple. Each level consists of one or more lasers, mirrors, walls, and circles. The goal is to rotate and move the mirrors provided to bounce the laser into the circles. The twist is that the laser extends across multiple screens, with each player able to control the mirrors on their own screen. The levels provide different hints to each player and force them to pool their resources and work together to solve the puzzle.

This game was a fun and functional game that people loved to play during the game design exhibition. The most amazing thing to see in action was collaboration between complete strangers. While this project is seated in the video game realm, many of the concepts and design decisions could be applied to collaborative digital workspaces.

While this project is seated in the video game realm, many of the concepts and design decisions could be applied to collaborative digital workspaces. 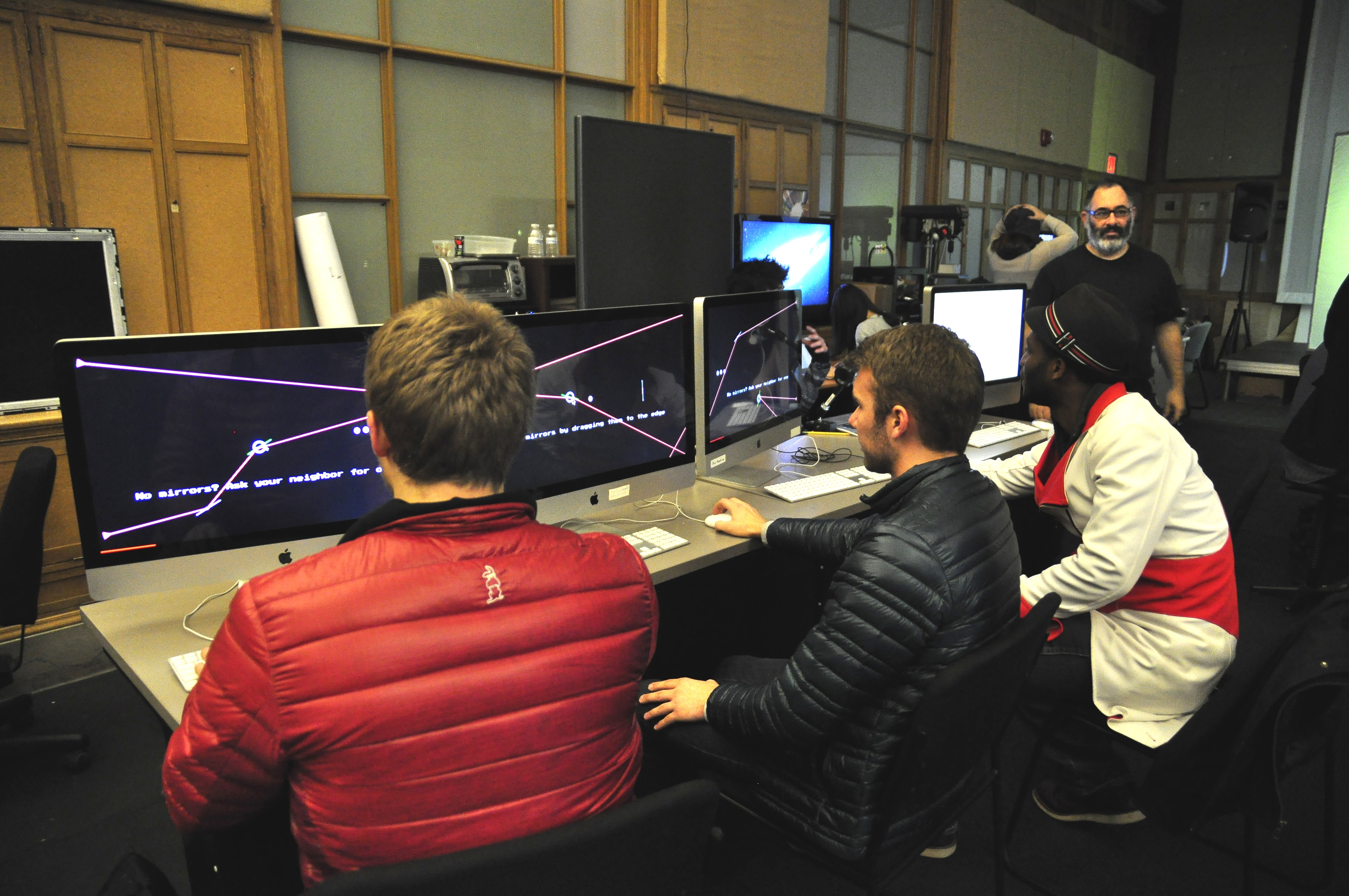 Players that normally wouldn't interact ended up working together to solve puzzles
Thanks for taking a look! Please feel free to see my other projects or reach out to me about your project or company. I'd love to chat.
Email meLinkedIn